How does each state perform on Facebook and what is the value of penetration to population?

Find out in the following chart: 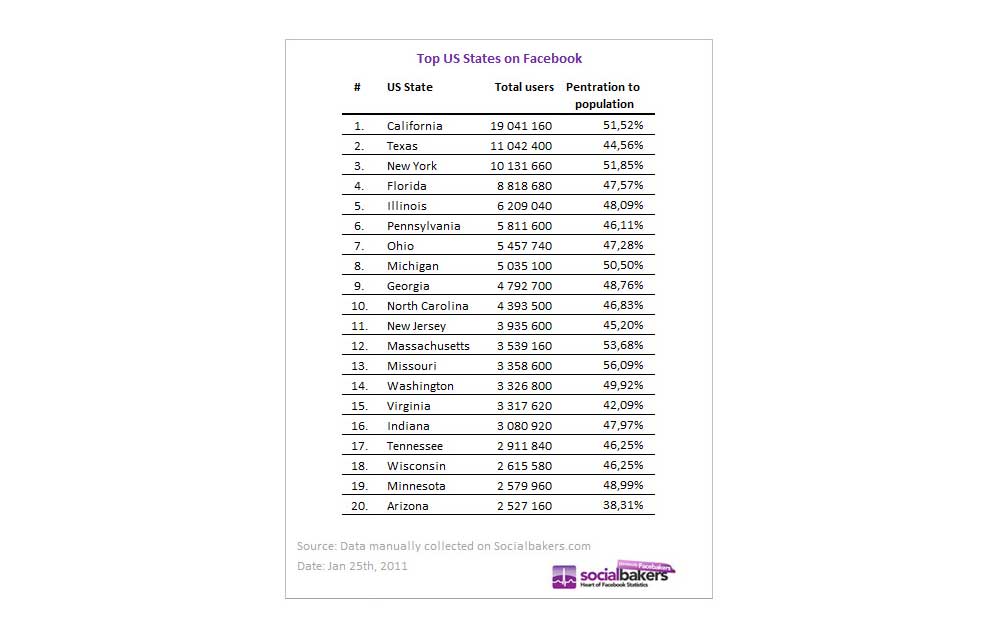 As we can clearly see from the chart, California is the leading state with more than 19 million people and penetration to population close to 52 %. That means every second Californian has an account on Facebook. If California were an independent country, it would have placed itself in the 9th position in the world! Right between Mexico and Italy.

The second and third highest numbers of users on Facebook belong to Texas (11 million) and New York (10 million). These are the only states (together with California of course) that conquered the 10-million barrier. The rest of the positions belong to Florida (8.8 million), Illinois (6.2 million), Pennsylvania (5.8 million), Ohio (5.4 million), etc.

An interesting fact is that most of the states in the TOP 20 score quite high values in the penetration to population percentage. This number is very close to 50 % in many states. The only exceptions in the top 20 lists are Arizona (42 %) and Virginia (38 %).