The 5 (healthy) habits of the top social media managers

My first "proper" job in social media was more than a decade ago, back in 2009. Social media was still in its infancy. No fancy job titles. A lot of heads of social pretending they knew what they were doing. A lot more social media managers (like me) knowing their bosses were, well, clueless. The team’s "social media strategy" was a three-page MS Word doc (including a contents page), and organic reach was actually a real thing. Good times!

But being "the social media manager" required you to know everything about every social media platform, and somehow manage it all single-handedly. Think of it as insane plate spinning, where a lot of stuff got smashed. Sad times! But thankfully, if you screwed up a tweet or a post didn’t fly, nobody really knew what the "social team" did anyway.

In 2022, things are a little more sophisticated. Social media is no longer an experimental add-on dropped on the intern to manage. The junior social media managers who got stuff done in 2009 are now the heads of social who do know what they’re doing, and are now leading passionate, talented, wired-in gangs of social media geeks who are experts in their own niche area of social.

As for the team’s social media strategy? Good luck finding time to stick that in a Google Doc. Organic reach? Those days are long gone, my friend. And if you post an edgy brand tweet, you risk getting canceled, and the tweet ending up in the news. Scrap that; if anything goes wrong, it's the social media team who is either to blame or who needs to work some sort of social media PR magic to rescue the company's reputation (damage limitation!).

Yeah. Being a social media manager has changed for the better — but also for the worse. And there’s still no one-stop Social Media Manager (SMM) training course, YouTube video, or TikTok that will teach you all you need to know to become a top social media manager.

To help you become the best of the best in social media land, I’m going to reveal the five habits and behaviors I think exceptional social media managers possess.

This one’s very personal to me, given I was diagnosed as having Adult ADHD late into my career when I was 28 years old. Once I had the diagnosis, a lot of things started making sense to me. Why I was struggling with really simple aspects of all my job roles up to that point, yet excelled at other more complex tasks. Why I struggled to complete certain pieces of work, while I was able to hyperfocus on other things. And why all of my previous bosses got so infuriated and hated working with me.

My point here is this: I don’t think it's a coincidence that lots of the great social media managers I’ve hired possessed the ability to juggle many projects at once. Those who discover their “forever passion” in social media (more on that in a moment) are insanely good at multitasking. They are also able to “hyperfocus” on what others might deem a monotonous task or activity for hours and hours – a useful skill when monitoring and engaging on social for multiple, large accounts on Twitter, for example.

Search for social media super-geeks. People who love working in social media are often drawn to the job due to its variety, speed of change, and the need to multitask. Social media obsessives will easily “hyperfocus” on the task in hand, have a high degree of accuracy (very few mistakes or errors in posts, etc.), and thrive on keeping all the plates spinning.

I found my “forever passion” in my social media work. I love it. No two days are the same, and being paid to "mess about on the internet," as my mother lovingly describes my job, is awesome (to me, anyway).

The best social media managers I worked with have all been next-level social media geeks. Inside and outside of work, they enjoy immersing themselves in internet culture. They’re members of obscure or lesser-known online communities, or consume a probably unhealthy amount of content on TikTok, Twitter, Snapchat, and pretty much everywhere else.

They’re the first to know about a meme that’s going viral, or a brand that’s getting nailed on Twitter for an ill-timed corporate tweet. They’re all over a sound that's gone viral on TikTok, or the creator who is getting canceled for their controversial opinions about a divisive topic they wanted to "speak their truth about" in their latest YouTube podcast video.

Hardcore internet and social media-obsessed people make for the best social media managers. Hire these unicorns when you spot them.

We’ve all got a friend who always has an incredible story to tell about something that’s happened to them. It’s not so much what happened, but more the way they tell the story. The way they eloquently describe the details, their comedic timing, or the emphasis on specific words or moments they help you imagine. And the way they hook you in with the drama of it all, rounded off by a satisfying ending to their tale.

Storytelling is a skill — almost an art form. Painting a picture with words and captivating an audience from start to finish is a talent. And many of the best social media managers I have hired have been great storytellers. Whether writing copy for a tweet, drafting a script for a TikTok video, or creating an ad on Instagram, skillful storytellers tend to be great wordsmiths. Their ability to capture people’s attention and keep it is a very useful skill for a social media manager to possess. Their creative brains just tick along differently. They tend to be great at coming up with content ideas and making subtle changes to social copy that just makes it pop perfectly.

Top tip: When interviewing for a new social media manager, ask the candidate to tell you a story about the funniest, scariest, most embarrassing moment at work or from their school days. Ask them to explain where they were, who they were with, what they were doing, what happened, and how the story ends. Look for the person who tells you the most captivating, engaging story. They might have the social media manager “X-factor.”

4. The risk-takers and rule-breakers

The best boss I ever had (Boris) always encouraged me to take risks and break rules when it came to our social media presence. It was great advice. Giving your social media team creative freedom and a license to take chances is very empowering. And it often brings out the most original, creative ideas. Social media teams need to be able to react fast to leverage an unexpected viral moment that kicks off on Twitter or TikTok.

When hiring a new social media manager, finding a safe pair of hands to keep the show on the road and to keep scheduled posts in order is no bad thing. But if you’re looking for someone special, someone who will set your socials on fire (in a good way), you need to identify the firestarters. The risk-takers. The rule-breakers. Trust me on that.

If there's one area of knowledge that’s not typically found in any social media training course, but should be, it’s human behavioral psychology. Understanding how people can be triggered to think, feel, and act in specific ways — through the use of different words, images, emotional cues, or other influences — gives you (as a social media manager) a whole new set of buttons and levers to push and pull when creating content or drafting copy for social posts.

The most exceptional social media managers I know understand this. And they exploit it to the max!

So there you have it. The five habits of exceptional social media managers. How many of them do you possess?

If you think you or someone in your team has 1-2 of them, you’re doing well. Those with all five are GOD-level.

Editor's Note: This article expands on a guest section by Matt for Emplifi's guide, "How to Grow your Social Media Career in 2023" — check it out for more great insights from other social media superstars!

Looking for more insights from Matt Navarra? Be sure to check out the Geekout newsletter.

By: Matt Navarra - Social media consultant and Author of the Geekout Newsletter for social media managers

Take your social media career to the next level

Hear from Social Media Superstars on the skill sets, potential career obstacles to conquer, healthy habits to create, and the right technology to use to help you take the next step in your career. 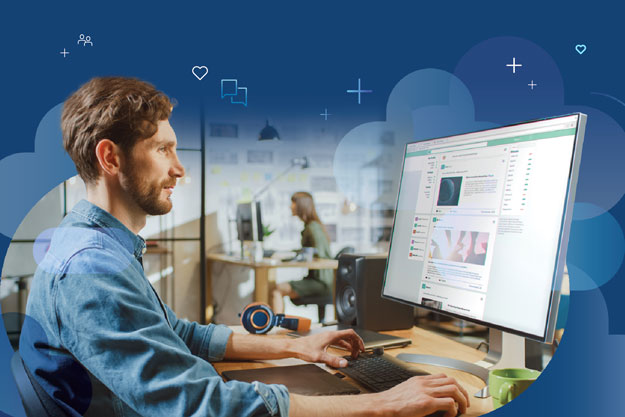 [Guide] How to Grow your Social Media Career in 2023
Become the social media superstar you’re meant to be with these handy tips from social media professionals, thought leaders, and industry professionals. This guide has everything you need to get ahead in your career! 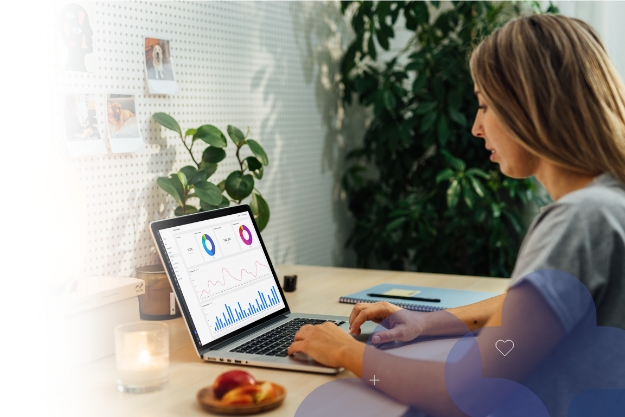 The evolving role of technology in delivering great results
Emplifi Social Media Superstars Series Part 1: Get the latest perspectives from your peers on technology’s impact on social media results. 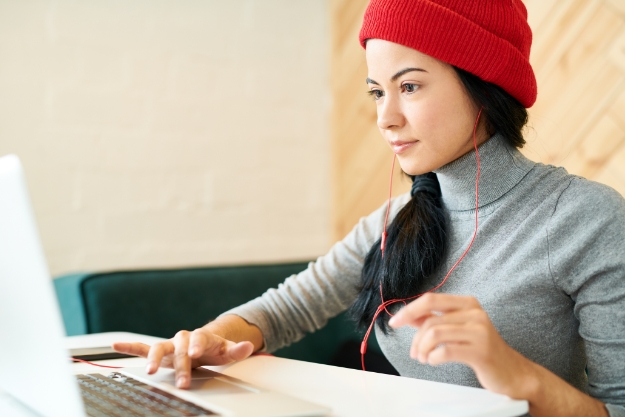 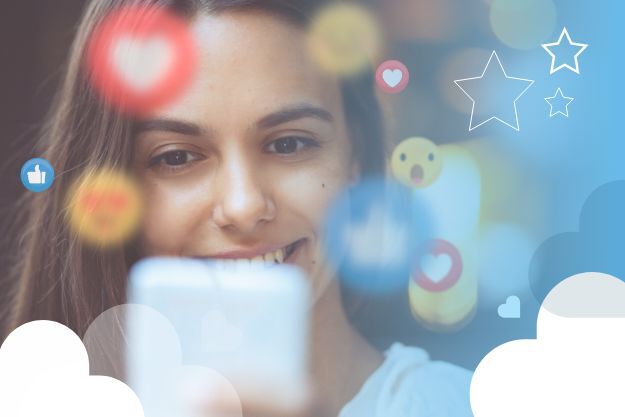 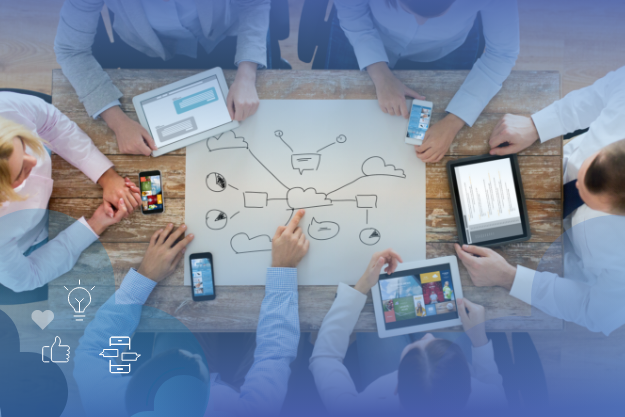 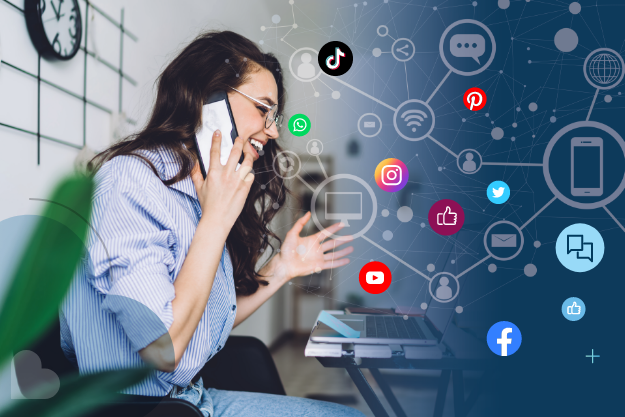